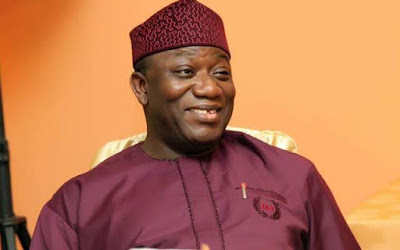 138 candidates that were successful in the recent recruitment exercise into the Ekiti State Civil Service have been given their letters of appointment and have assumed duty while 21 others are yet to collect their letters.

The State Commissioner for Information and Values orientation, Hon. Akin Omole who made this known in Ado Ekiti, said that 53 candidates were also appointed into the State Board for Technical and Vocational Education and have been duly assigned to offices, except four of them that were yet to also collect their letters of appointment.

According to him, 400 new teachers were, in addition, recruited by the State Government into public secondary schools in the State in the recent recruitment exercise.

He added that in spite of the initial hiccups in the recruitment process caused by the outbreak of COVID -19 and the attendant lockdown as well as the effects of the ‘ENDSARS’ protest which disrupted virtually all aspects of daily life for the greater part of the year, the State Universal Education Board (SUBEB) has commenced verification of results of successful candidates which is prelude to distribution of their letters of appointment while the Office of Establishment are also set to release the results of junior applicants into the Civil Service.

The Commissioner said that the State Government should actually be commended for its efforts in spite of the global pandemic that practically shut down the entire system and the effects of the ‘END SARS’ protests that followed.

He stressed that the recruitment exercise was almost concluded before the outbreak of the coronavirus, adding that very little could, however, be done until after the lockdown.

Omole also said that the appointments were strictly based on merit in accordance with global best practice irrespective of background, gender and religion.