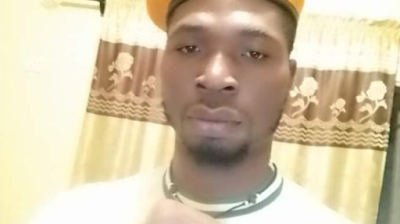 The National Youth Service Corps (NYSC) has issued a query to Abiodun Sanusi, a corps member, who was involved in RevolutionNow protest.

Although serving in Imo state, Sanusi took part in the protest in Osogbo, Osun state capital, in August.

In the letter signed by Nwali Emmanuel, NYSC local government inspector of Ngor Okpala, Imo state, the scheme asked him to explain why he addressed the press without authorisation from the state coordinator and why he also called for a revolution.

In August, a video where Sanusi robed in the NYSC attire urged Nigerians to join in the #RevolutionNow campaign and demand good governance went viral.

Speaking with TheCable, the corps member said he has the right to participate in a peaceful protest.

“On August 4, I appealed to the federal government to provide bad governance and address the issue of insecurity in the country, because it is the responsibility of the government and then the NYSC released a statement that they did not send me to address the nation,” he said.

“I did not address the press or Sahara Reporters, I did a video calling on the federal government to address insecurity and unemployment in the country and I shared it on my social media accounts but it was picked from there and shared in news blogs.

The youth corps member said punishing him for speaking against “bad governance” is a violation of his fundamental human rights.

“I spent four days about three nights before I was released at DSS custody for exercising my human rights, peacefully and demanding for good governance.”

“It was because of the lockdown that I was in Osogbo, I’m serving at  Ngor Okpala LGA in Imo state. When I went to my local government, I was told that I have been issued a query because I addressed the press and participated in a protest. I did not address the press. I collected the query letter today, but it was dated August. DSS reported me to NYSC that I must not go unpunished for just speaking up against bad governance.”