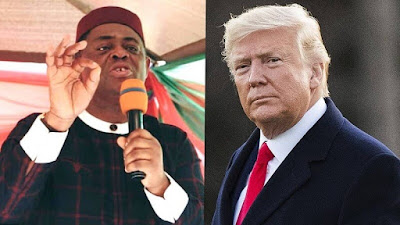 Fani-Kayode made the statement on Wednesday after Trump accused the Democrats of trying to steal the presidential election.

In his now censored tweet by Twitter police, Trump wrote: ‘We are up BIG, but they are trying to STEAL the Election. We will never let them do it. Votes cannot be cast after the Polls are closed!’

However, Fani-Kayode supported his claims by stating that “You (Trump) have already won.”

The staunch supporter of the GOP candidate added that America and the world need Donald Trump to claim his victory.

“Do not let them rob you! The Lord is with you and the world need and depend on you,” Fani-Kayode added.

However, Trump has declared victory over Joe Biden.

Trump declared victory even as the most important battleground states remain too close to call.