Diego Maradona: Autopsy result to ascertain cause of death revealed 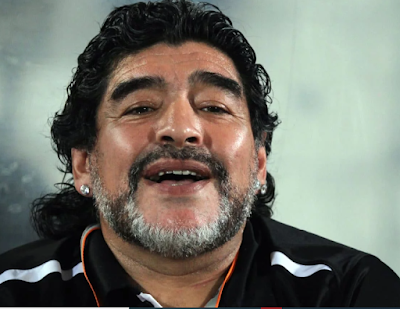 An autopsy report leaked to the Argentine media, has claimed Diego Maradona died in his sleep after suffering heart failure, according to the Daily Mail.

Maradona’s death comes only two weeks after leaving hospital following surgery to remove a blood clot on his brain.

Medics also detected dilated cardiomyopathy, a medical condition in which the heart muscle becomes weakened and enlarged and cannot pump enough blood to the rest of the body.

The 60-year-old’s nephew, Johnny Esposito, was the last person to see him alive.

Maradona complained to him that he was not feeling well and wanted to rest.

Doctors with an appointment to see Maradona went to his estate on Wednesday and found him unresponsive.

The football legend’s body arrived at the presidential palace in Argentina today, ahead of a three-day mourning period in the country.