Cut of governance cost should begin with executive -House of Reps 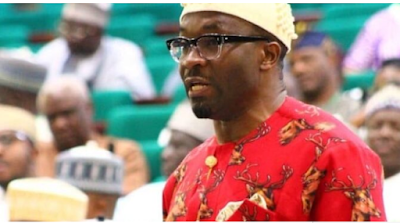 Benjamin Kalu, spokesman of the house of representatives, says cut in the cost of governance should begin with the executive arm of government.

Speaking with journalists in Abuja on Thursday, Kalu said the national assembly only gets 0.8 percent of the country’s annual budget while the executive is in control of 99.902 percent.

Many civil society organisations (CSOs) and citizens have asked the national assembly to cut down their salaries and allowances.

The house spokesman said some of the lawmakers in the national assembly cannot meet their needs.

“The 0.8 percent of the national budget for the national assembly is not enough to run the institution. If you want to cut salaries, expenses, cost of governance, start it from the executive,” he said.

“That’s the truth because the 0.8 percent you’re talking about takes care of the senate and house. People think that the money that comes to the national assembly is divided by members of the house of representatives and the senate.

“That’s a wrong narrative being sold and that’s what Nigerians believe. That’s why my office is actually engaging in what’s called infographics that are going to be released very soon.

“That will break it down once members approve it so that you know where everything goes to. Nigerians will be shocked that people they thought were rich are not able to meet their needs and that’s the truth.

Kalu said it is deceitful that Nigerians are being made to focus only on the national assembly.

“Nigerians are not focusing on that rather they’ve been conditioned to focus on the 0.8 percent,” he said.

“Nigerians need to change their focus and find out what’s happening to that 99.902 percent.”