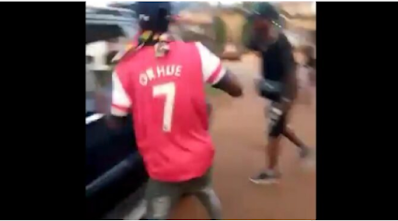 The security situation in Benin, Edo state capital, has taken a turn for the worse following an increase in cases of cult-related killings, kidnapping and armed robbery.

No fewer than 30 people are said to have been killed in cult-related killings within the past week.

The cult-related killings, mostly linked to clashes between rival vikings and aye confraternities, have heightened the fears of the residents in different parts of Benin.

Three more persons were reportedly killed on Sunday by suspected cultists with dead bodies littering different parts of the city.

Violence had broken out during the #EndSARS protest in the state. There was also a jailbreak at two correctional centres in the state and about 1993 inmates were reportedly released by hoodlums.

Some persons also lost their lives during the protests. Properties were vandalised and carted away while about eight police stations were razed and their armouries reportedly looted.

Owing to the chaos, the state government declared a 24-hour curfew on October 19 but it was later reviewed to 10pm till 6am on November 3.

Nightlife in the capital city has since ground to a halt as incidents of kidnappings and armed robbery have escalated.

The state police have called for information from the public that will help recover arms and ammunition looted from police stations.

Babatunde Kokumo, the state commissioner of police, said the attack on police facilities, burning of police stations and patrol vehicles during the #EndSARS protests have affected their operations.

But Kokumo assured residents that the police will gradually resume work at their duty posts to check the escalating crime in the state.

According to him, in Upper Sokponba, three police facilities were burnt down displacing the DPOs and other police officers in these divisions.

“These officers now report at the state command headquarters, we now send them on patrol from there so you should expect some hitches, but we will continue to work and get things right,” he said.

“The EndSARS protests, which were hijacked by hoodlums, have actually impacted negatively on police operations and unleashed attacks on police facilities.

“How do you expect, where 200o inmates escaped, for things to be normal? We were doing our best to arrest the criminals in Edo before the jailbreak and we are equally trying our best now to see that the escapees are re-arrested and brought to book.

“All these arms and ammunition were carted away under the eyes of some people, some people are having information about these and they are not giving us the information, let those who have such information give us so that we can go after them.”