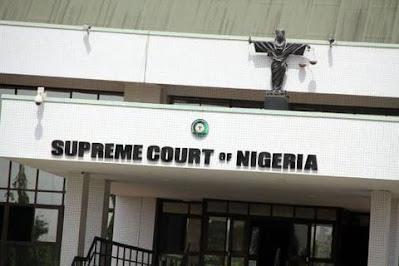 The Supreme Court on Friday dismissed an application by an oil giant, Shell Petroleum Development Company, requesting a revisit of a January 11, 2019 judgment ordering it to pay N17bn to some Ogoni communities in Rivers State affected by an oil spill from the company in 1970.

A five-man panel led by Justice Olabode Rhodes-Vivour unanimously dismissed the company’s application for a review of the judgment after upholding the preliminary objection filed by the communities’ legal team.

Justice Centus Nweze prepared Friday’s lead ruling but it was read by another Justice of the apex court, Justice Chukwudumebi Oseji, who is not a member of the five-man panel.

The apex court had in the case which had lasted about 31 years from when it started at the High Court, issued the N17bn order in favour of Ejama-Ebubu in Tai Eleme Local Government Area of Rivers State, represented by Chief Isaac Agbara and nine others.

The communities’ lead lawyer, Lucius Igwe, said on Friday that the judgment sum with the accrued interests for the 32 years period stood at about N182bn.

At the September 22, 2020 hearing leading to the Supreme Court’s ruling delivered on Friday, Nwosu had urged the apex court not to only dismiss the application, but to also make an order against all the senior lawyers in Shell’s legal team as “deterrence” for the filing of the judgment review application which he alleged was aimed at ridiculing the integrity and finality of the decisions of the apex court.