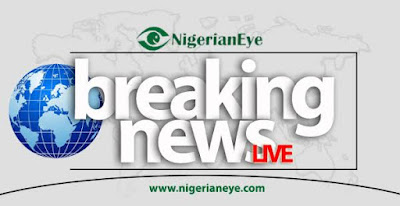 It was gathered that Yandoto died a few minutes after Senator Ahmed Yerima’s daughter’s wedding in Sokoto State, Saturday afternoon.

Our correspondent gathered that the death occurred immediately after the wedding ceremony when the guests were rushing to have lunch, when the chairman slumped down and died.

It was also learnt that immediately Yandoto slumped, he was rushed to a Sokoto Specialist hospital where he was confirmed dead by the medical experts.

It was observed that the late Yandoto was born in Tsafe, Tsafe Local Government Area of the state.

He attended Tsafe township primary school between 1969 to 1976, then proceeded to Government Teachers college in Tsafe from where he went to the Ahamadu Bello university, Zaria where he got a degree in law between 1986 to 1988.

Yandoto worked as a primary school teacher in Tsafe Local Government Area of the state before he was made a legal officer in Warri Refinery and petrochemical company limited.

He, however, got an appointment as the Executive Chairman, Zamfara State Independent Electoral Commission and later was promoted to the position of the state Commissioner of Agriculture and Natural Resources.

In 2015, he was the governorship running mate to Mahmuda Aliyu Shinkafi on the platform of the Peoples Democratic Party. The PDP, however, lost the election.