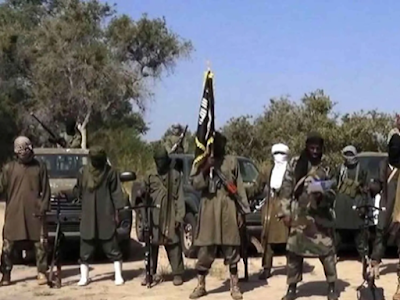 Five soldiers and a Civilian JTF were killed in an ambush staged by suspected Islamic State Of West Africa Province along Maiduguri/Monguno road on Sunday in northeast Nigeria.

The ambush occurred around 4:00pm at Pilimari village of Nganzai council area of Borno State, while troops were on patrol of Gajiram/Monguno axis.

There were several attacks and kidnappings along Maiduguri/Monguno road that warranted the patrol around the axis in the last two years.

Confirming the incident on Monday in Maiduguri, the state capital, Civilian JTF leader. Bukar Auno, who was in a military patrol convoy said: “We were travelling along the Monguno road near Gajiram, and the insurgents came out from the bush and started firing at us.

“We had to take cover, with the loss of our members and five soldiers.”

He said that the exchange of fire lasted for about an hour, before the terrorists hijacked three patrol vehicles of the Civilian JTF.

He further disclosed that: “Twelve of our members were wounded, including 12 soldiers; while providing cover for our soldiers at the scene of the terrorists’ attack.”

He said the injured soldiers had been evacuated to a military hospital for treatment at Brigadier Maimalari Cantonment, Maiduguri.