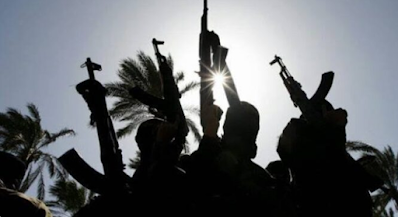 A parent of one of the students of Ahmadu Bello University, Zaria, Kaduna state, who was abducted a week ago, says his daughter’s abductors threatened to turn her into a s.e.x slave if he did not raise the ransom they requested.

The students, from the department of French, were travelling to Lagos for a programme at the Nigerian French Language Village (NFLV) in Badagry, when they were abducted exactly a week ago.

Ashiru Zango, ABU’s chief security officer, later confirmed their release but did not comment on how they were released.

In a chat with TheCable, one of the parents of the abducted students said he paid over N500,000 after pleading with the abductors.

“They called me yesterday (Saturday), and said if I am not able to pay N1 million, they will kill the girls or marry them or use them as sex slaves,” he said.

The parent, who craved anonymity, said they expected more assistance from security personnel.

“On arriving Kaduna we were told that security personnel were monitoring the bandits in the bush. But surprisingly, the bandits called us and told us to come and wait at Abuja junction,” he said.

“They sent us a telephone number to call. We called the number and the person came to take us to a car. Unknown to me, the owner of the car is also a victim- his daughter was among those abducted.

“We drove along the Kaduna – Abuja road, that was around 11pm to will deliver the ransom and other things they demanded.”

Dickson Oko, one of the students who escaped but suffered a gunshot wound, had earlier said the kidnappers already reached out to the families of the students to demand N30 million each for their freedom.