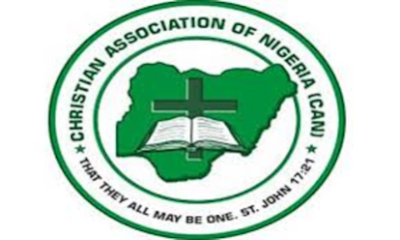 Christian leaders in the Federal Capital Territory, FCT, have called on the government to resolve all pending issues with the Academic Staff Union of Universities, ASUU.

They said such measure would ensure students return back to school.

The Abuja chapter of the Christian Association of Nigeria, CAN, made the appeal at a stakeholders’ meeting held with the FCT Authority in Abuja.

The meeting also had in attendance the FCT Minister, Malam Muhammad Musa Bello, Chairman of the FCT chapter of CAN, Dr Samson Jonah, the State House Chaplain, Pastor Seyi Malomo and heads of the various Christian denominations in the FCT.

A statement by the Minister’s spokesman, Anthony Ogunleye said: “The meeting noted that it was essential that efforts are made to understand the nation’s youthful population so as to engage with them.

“The meeting also called for an early resolution of the ongoing ASUU strike so that students can go back to school. The Christian leaders appealed for immediate and long term plans to check youth unemployment.”

The Christian leaders also committed themselves to the promotion and sustenance of peace in Abuja.

According to the statement, the Christian leaders noted that the FCT has always been a home to all Nigerians “where residents can practice their faith without hindrance and stated that nothing should be allowed to overturn this situation.”