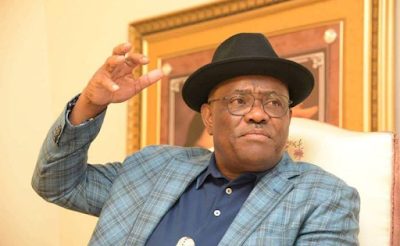 Rivers State Governor, Nyesom Ezenwo Wike,  has stated that achievements of his administration has killed other political parties in the State.

Governor Wike, made this assertion during the reception organised by the Rivers State chapter of the Peoples Democratic Party (PDP) to welcome thousands of APC members back into PDP.

He asserted that prior to 2015, the APC had promised to transform the country, fix the East-West Road, and provide good governance to Nigerians. But, on the contrary, he said the APC has continued to give excuses for its colossal failure after it orchestrated the unfortunate conspiracy to remove President Goodluck Jonathan from office.

“Are things better today? So why do you allow people to tell you lies. How long can you continue to listen to the lies of the All Progressives Congress. They have nothing for Nigerians. It is unfortunate that there was a conspiracy to remove a Niger Delta person as President”.

The Governor, who bemoaned the marginalisation of Rivers State, regretted that several years after the Federal Government awarded the N120 Billion Bodo-Bonny Road, it has failed to provide its counterpart funding, allowing only the Nigeria Liquefied Natural Gas (NLNG) to finance the project.

“Look at since they started the Bonny Bodo road, what has happened? As we speak, Federal Government has not released their counterpart funding for that road. Now, NLNG said let us do it and then deduct it from the tax we are going to pay to the federal government. Is it how they have been doing in other states?” he asked.

The governor, noted that ahead to the 2023 general election, the APC has again started making false promises to construct a University of Transport, develop a deep sea port and industrial park in the State.

“By next year, political activities will kick start, when will they build infrastructure again? Somebody will come and tell you people, Federal Government has approved industrial park; they have approved deep sea port in Bonny” he said.

Governor Wike, said the PDP provides the only hope for Nigerians and congratulated the deflectors for their courage to return to the party. He assured them that they will be accorded the same respect like every other party members.

“I thank you for this bold step taken to join the PDP.  Only a wicked man who does not like good things will not see what we are doing in Port Harcourt.  With our achievements, we have killed any party that wants to raise its head.  This is done by your support. In May 27, 2015, somebody said we can’t pay salary.  Today,  we are not talking about payment of salary, we employing 5000 youths into the state civil service” he said.

Rivers state Chairman of the PDP,  Ambassador Desmond Akawor noted that no local government in the State is without any development project by Governor Wike. According to him, this has continued to endear the people  to the PDP.

Ambassador Akawor who gave each leader of the defectors umbrella and party membership cards, said the returnees are convinced that the PDP is a party that believes in good governance and means well for the Rivers people.

Speaking on behalf of the decampees,  Dr.  Henry Ogiri, said they were motivated to return to the PDP because of the quality of people oriented projects embarked upon by Governor Wike.

He promised on behalf of the others to be loyal to PDP and work to ensure that APC does not exist anymore in the state.