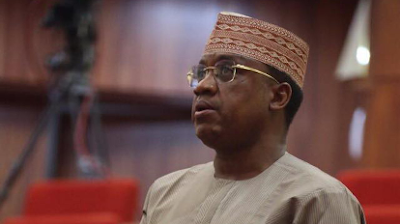 The All Progressives Congress (APC) has reiterated that a chieftain, Kabiru Marafa remains suspended.

The former Senator for Zamfara Central Senatorial District, was first sanctioned in 2019.

Marafa had told the CECPC led by the Yobe State Governor, Mai Mala Buni, to organise a national convention or quit immediately.

The committee inaugurated in June has faced attacks lately, with allegations of tenure elongation plot.

Liman said Marafa was since suspended in accordance with the party’s constitution.

He recalled that the decision was forwarded to the National Headquarters in Abuja for action.

“We are calling on the National caretaker committee of the party to ratify his suspension. Therefore, members of the public should not regard him as a member of the APC.”

Liman alleged that Marafa is being used by the Peoples Democratic Party (PDP) to disrupt peace and stability in the party.

He added that the ex-lawmaker’s “disobedience” to the National Executive Council (NEC) proved that Marafa was working against the APC.