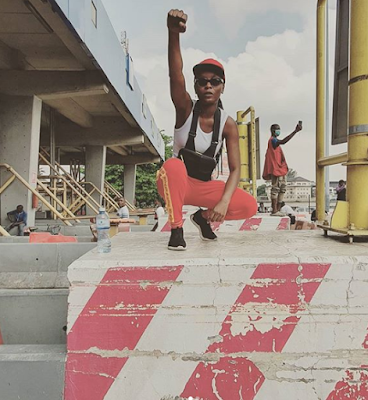 The Canadian high commission in Nigeria says it does not accept refugee applications directly from people.

This clarification is coming after days of unverified widely spread reports that Obianuju Catherine Udeh aka DJ Switch has been granted asylum in Canada over a death threat allegation by the entertainer over her involvement during the #EndSARS protest.

The high commission said in a Tweet on Wednesday that it can only consider applications from individuals who must be referred by a designated referral organisation or a private sponsor and warned against rumours and false information online.

The speculations intensified on Monday when the DJ testified before a committee of the Canadian parliament via video conference.

Although she did not claim to be in Canada, Twitter went agog with rumours that she had been granted asylum.

Following the video, many people signed a petition asking the Canadian parliament to refuse the DJ asylum, arguing that denying Switch and her associates asylum in Canada would ensure they face the “terrorist charges” pressed against them in Nigeria.

It is not immediately clear, however, if the Canadian high commission made the statement to clarify that it had not offered DJ Switch asylum in Canada.

It appears there is a flood of applications and enquiries after the DJ Switch rumours.

“In light of recent events, we have received great interest in Canadian immigration programs,” the statement read.

“Canadian Embassies, High Commissions, Consulates, Consulates General or Honorary Consulates do not accept refugee applications directly from people. Canada works with the United Nations Refugee Agency (UNHCR), other designated referral organizations and private sponsors to identify individuals in need of resettlement, and who are outside their home country.

“You cannot apply directly for resettlement. You must be referred to Canada by a designated referral organization or a private sponsor. Don’t be fooled by rumours or false information online. No one can guarantee that your immigration application will be fast-tracked or approved. Only a Canadian migration officer can decide if you can come to Canada.

“All the information you need to apply to visit or immigrate to Canada is available free on the official Government of Canada website:  http://cic.gc.ca. For information about other immigration programs you might be eligible for, use the Come to Canada tool:  http://Canada.ca/come-to-canada.”