2023: Why Goodluck Jonathan will not contest for presidency under APC 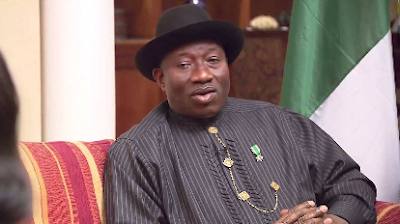 There have been reports that Governors elected on the platform of the All Progressives Congress (APC) met with former president, Goodluck Jonathan, in Abuja.

The purpose of that meeting was apparently to sound out Jonathan ahead of the 2023 general elections.

Jonathan was elected president in 2011 and lost to incumbent President Muhammadu Buhari in 2015.

However, there is talk that he is still qualified to run having only spent one term of four years in office.

Ilemona Onoja, a lawyer based in Abuja, does not agree with that.

Onoja believes the constitution does not support a Jonathan presidency.

In June 2018, Buhari signed into law a bill that limits a vice-president or deputy governor who completes the terms of their principals, to seeking reelection only once more.

Onoja feels that even if the constitution has to be amended for the sole purpose, “it’s not a small matter. They need 24 states. They don’t have it.”

According to him, “they are visiting GEJ to enable them to penetrate the Niger Delta.”

Onoja, a former spokesperson of the Abubakar Bukola Saraki Campaign Organization (ABSCO), also feels that even Jonathan himself will not agree to run under APC.

“It won’t even work. I don’t even think he himself will agree.

“Far too many major political players suddenly get their aspirations terminated, even within the APC,” he added.