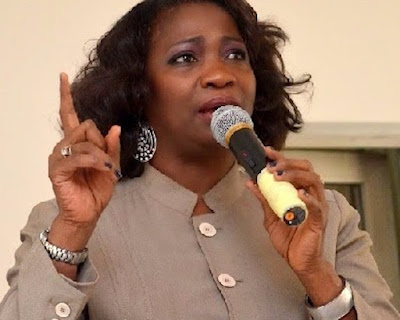 The Chairman, Nigerians in the Diaspora Commission, Abike Dabiri-Erewa, says it is painful that engagements with the Ghanaian authorities on the plight of Nigerian traders in the country haven’t achieved the desired results.

She revealed that two affected Nigerian traders attempted suicide recently but they are currently undergoing therapy.

This is happening against the backdrop of the imposition of $1m business equity on non-Ghanaians as well as other conditions.

Recall that about 753 members of the Nigerian Union of Traders Association in Ghana presented a letter to the Federal Government requesting for evacuation from the former Gold Coast.

The NIDCOM boss said the Speaker of House of Representatives, Femi Gbajabiamila; Minister of Interior, Rauf Aregbesola; Minister of Foreign Affairs, Geoffrey Onyeama; Minister of Industry, Trade and Investment, Adeniyi Adebayo; amongst others, were looking at the request of the Nigerian traders.

Dabiri-Erewa, who spoke on Monday while featuring on Channels Television’s Sunrise Daily programme, however, said the Ghanaian presidential election of December 7, 2020, must come and go before tangible agreements were reached.

“Elections are coming. You know there is something political about this. Let’s face it. The President of Ghana will not want to go against his own citizens and majority of the Ghanaian traders have said we don’t want them (Nigerian traders).

“Don’t let us deceive ourselves, nothing will happen before December 7,” she said, adding, “There is nothing ECOWAS can achieve before the election. Election must be won or lost.”

Dabiri-Erewa said the evacuation of the traders would come at psychological, economic and social cost while expressing optimism that the bilateral dispute would be resolved.

“I hope you know that three years ago, a Nigerian lady committed suicide. And as I speak with you, another two are on the verge of suicide but they are going through some kind of counselling with the message of hope that things will be better.

“As at today, it’s been over one year. Now, they have to pay rent for their shops, they don’t have money for rent. How can you pay rent when your shop has been closed forever?”

On his part, General Secretary, All Nigerian Community, Ghana, Isaac Ekhator, said some of the Nigerian traders were married to Ghanaians and would not want to abandon their families to come back to Nigeria.

He noted that the evacuation request was a way of pressurising the two governments to reach a consensus and end the trade crisis.