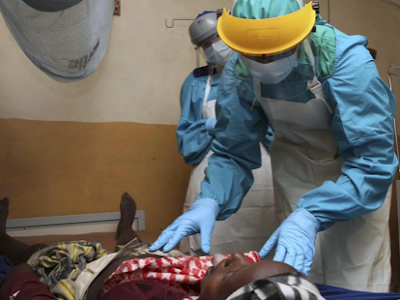 About seventeen persons have been confirmed dead while others are hospitalized at different hospitals as a strange illness has dealt blow to the people of Okpeilo-Otukpa in Ogbadibo Local Government Area of Benue State.

Benue State Ministry of Health and Human Services in a statement sent to newsmen and signed by its Permanent Secretary, Sir Andrew Amee confirmed the development, saying that a case was also brought to the Benue State University Teaching Hospital, Makurdi by a relative of the patient on Monday, 9th November.

Part of the statement reads: “Others are receiving treatment in different hospitals.

“Symptoms of the strange illness usually include fever, abdominal pain and general body weakness, while some stool and vomit with tinges of blood.

“The State Government is aware of the outbreak and has responded swiftly to facilitate investigation to establish the cause of the illness. ”

Governor Samuel Ortom in response to the situation approved funds to enable the State Ministry of Health and Human Services to carry out an investigation.

The government further advised the, “people of Ogbadibo and its environs to maintain good hygiene practices and report anyone with the said symptoms to the Disease Surveillance and Notification Officers in the local government area, or call the Benue Emergency Operations Centre on the following toll free telephone numbers: 09010999920, 09010999919. Whatapp, SMS on: 08123135458,” the statement added.