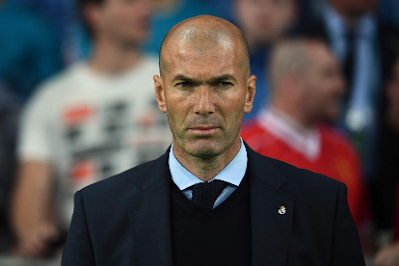 Real Madrid manager, Zinedine Zidane, has insisted they will not try to sign Arsenal target Houssem Aouar before the transfer window closes on Monday.

Aouar is one of the most highly-sought after players this summer, following his impressive performances for Lyon over the last few seasons.

Gunners boss, Mikel Arteta, is said to have identified him as his No.1 target.

They will face competition for his signature from other clubs, with Ligue 1 champions Paris Saint-Germain also believed to be interested.

Madrid were another club linked with Aouar, but speaking at a press conference on Saturday, Zidane played down the rumours.

When asked about the player, he said: “I don’t know what information you have. I have no doubt he is a great player.

“Maybe one day he could play for Madrid, but right now we have a good squad and my focus is on the players I have now.”