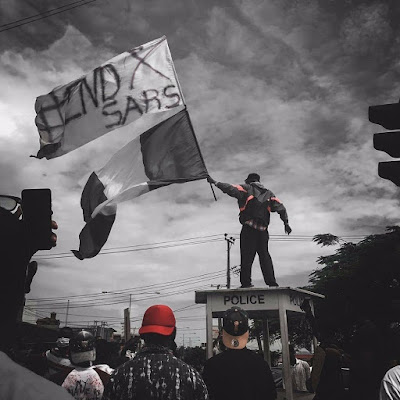 Residents of Port Harcourt in Rivers State came out in their numbers to participate in the #EndSARS protest despite the ban ordered by Governor Nyesom Wike.

As of the time of filing this report, the protesters were en route Police Headquarters in Moscow road.

They also planned to head to Governmet house in Port Harcourt after leaving the Police Headquarters.

He said the decision was taken because the Inspector General of Police, Mohammed Adamu, had already scrapped the Special Anti-Robbery Squad.

Wike also ordered Law enforcement agencies to ensure that the ban is enforced and that violators are brought to book.

However, youths in Rivers State have continued with the protest despite the ban announced on Monday night.