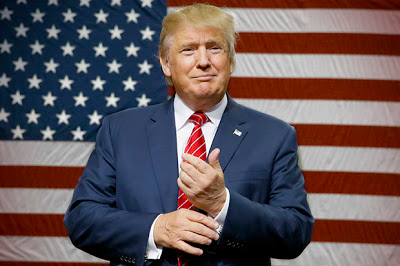 
This was after he received two experimental treatments for coronavirus, a promising polyclonal antibody cocktail made by Regneron and the anti-viral remdesivir, usually reserved for patients with more severe symptoms.

Conley refused to provide some details about his illness, when he spoke at the Walter Reed hospital on Saturday.

He however shocked newsmen when he revealed that Trump was diagnosed with COVID-19 72 hours ago, which meant he knew he was carrying the virus before embarking on the campaign trip to Minnesota on Thursday..

Conley said Trump, 74, did not need supplemental oxygen Thursday, Friday or Saturday but he danced around the question of whether the president had been on oxygen before that.

Conley also said Trump’s fever is gone, though he would not say how high his temperature had been.

“This morning, the president is doing very well,” Conley said in the first briefing since Trump was diagnosed with COVID-19.

The president’s oxygen-saturation rate was 96 percent, which is not in the danger zone. “He’s not having difficulty breathing or walking about,” a pulmonologist, Dr. Sean Dooley, said.

Dooley said Trump told him: “I feel like I could walk out of here today.”

Despite the optimistic picture Conley painted, Daily Mail reported that there are concerns about Trump’s vital organs.

The newspaper reported that Donald Trump is in ‘critical’ condition with his vitals ‘very concerning.’

‘The president’s vitals over the last 24 hours were very concerning and the next 48 hours will be critical in terms of his care. We’re still not on a clear path to a full recovery,’ a source familiar with the president’s health told Daily Mail..

Trump was initially said to have “mild” symptoms but, on Friday afternoon, he was flown to Walter Reed—out of an “abundance of caution,” the White House said—for tests and monitoring.

Melania, 50, still has only mild symptoms and did not go to the hospital.

The couple are two of eight people who contracted the coronavirus after attending a Rose Garden ceremony last Saturday.

Other D.C. Republicans and Trump campaign figures who were not at that event—like Trump adviser Hope Hicks and campaign manager, Brad Parscale have also tested positive in the last three days.