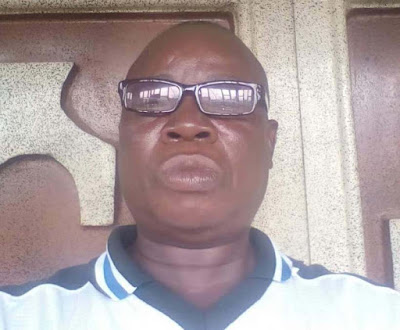 He is a principal lecturer in the Department of Adult Education.

He was over 50 years of age and his wife just gave birth to a baby.

The deceased hung himself at his Obakhazbaye residence in Benin on Friday.

The Nation reports that his body was discovered behind his house around 1:30pm with the green rope around his neck.

Police officers from Oba Station moved his body to the morgue.

The father of four had complained over his inability to feed his family to close friends.

He said: “Everybody knows that Edo State government owes us 13 months of salary, which we continued to agitate for, even before the September 19 governorship election. It was tagged political agitation.

“Some friends of Mr. Orobator in Benin, Lagos, among others, tried their best in the past few weeks to assist him with some money. Quite, unfortunately, Mr. Orobator could no longer provide for himself and his family. His wife has just had a baby. Staff of the institution are pained by the suicide.”