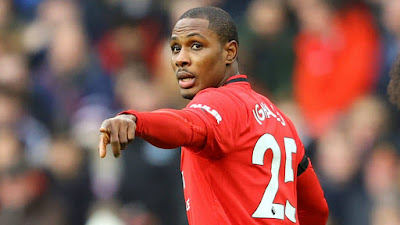 “They were my team growing up. I loved watching Andy Cole and Dwight Yorke on TV. They were my idols and playing at Old Trafford has always been a dream.”

That was Odion Ighalo speaking about Manchester United in 2016.

So when the 30-year-old sealed a loan deal with the Red Devils in January 2020 and spoke of it being a “dream”, it was not the usual soundbite from a player newly unveiled at his next club.

United manager, Ole Gunnar Solskjaer, added at the time: “Odion is an experienced player. He will come in and give us an option of a different type of centre-forward for the short spell he’s staying with us.

“A great lad and very professional, he will make the most of his time here.”

Can we call his time at the club a success?

“Well, he helped the club finish third last season and scored some goals in our run-in to the semi-final of the Europa League.

“If that is success in United’s books, then he had a successful time at Old Trafford.

“Let’s not forget playing at Manchester United was his dream growing up as a kid. So putting all of that together, I will say he had a successful time at the club,” Godwin Odiko, a United fan and contributor at Goal said

“He helped the team finish in the top 4, so yes it can be termed a qualified success,” Onwuka says.

“I wouldn’t exactly call it a success. But it was a good spell. He hardly started games but when he did (in the cups), he was great.

“His goals/minutes ratio is decent. And he will be remembered fondly for how he handled himself in his limited role,” McDubus states.

McDubus is a big fan of Edinson Cavani, who is set to join Solskjaer’s squad on transfer deadline day.

Incidentally, Cavani’s arrival could signal the end for Ighalo at Old Trafford.

“Clearly the arrangement with Ighalo is coming to an end so that will be it.

“He (Ighalo) has done his bit and will leave with the best wishes of everyone at the club. Cavani.

“Everyone will be hoping he does not become Falcao MK 2,” Onwuka admits.

McDubus himself adds: “He will get to play in the cups. But that’s where it will probably end.

“I don’t see him getting any minutes in the league again once Martial’s suspension ends.”

Odiko coldly puts a time frame on it.

“I don’t see Ighalo staying any further than January 2021 when his current contract expires.”