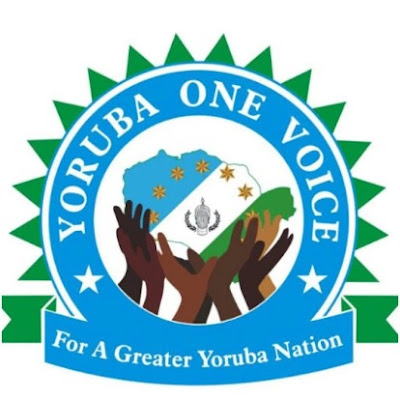 Yoruba One Voice (YOV) has advised the Nigerian government to allow a referendum.

The body said this would afford Nigerians the opportunity to agree on laws and policies that should be continued or discarded.

YOV Secretary-General, Sina Okanlomo, spoke in South Africa after a rally on the state of Nigeria.

Okanlomo disclosed that letters had been sent to the United Nation, European Union, United States, African Union and embassies, on “peaceful decoupling of the Yoruba territory from Nigeria”.

The scribe declared that it was in the interest of the South-West region and indigenes in other states to exit “the current political format” due to age-long challenges.

“We are entitled to our rights. There is an urgent need for a referendum for us to know the basis for our existence. The rallies came as the best alternative because Yorubas in the Diaspora strongly owe our allegiance to Oodua Republic.

“The Yoruba are tired of this system. A country where the security situation is porous; where a governor was attacked severally even with an array of security operatives. A country where citizens cannot hold peaceful rallies.

“A country ravaged by nepotism, bigotry, unemployment, infrastructure deficit, killings, banditry, terrorism, and economic doom. A country where there is no fund in the national treasury and citizens subjected to poverty.”

He also commended the South-East people for supporting the Biafra agitation and observing IPOB’s sit-at-home directive.