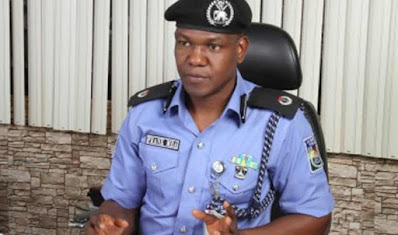 The Public Relations Officer of the Nigeria Police Force, DCP Frank Mba, says operatives of the Special Anti-Robbery Squad, a special arm of the Force, are “deeply” involved in the fight against banditry and terrorism in the northern part of the country.

Mba emphasised that SARS cannot be scrapped because of the ongoing fight against crimes in the country but said the Force is currently reforming the operations of SARS officers nationwide to curtail their excesses.

The Force PRO spoke in Abuja on Friday while featuring on Channels Television’s programme, Sunrise Daily.

There has been renewed outrage across the country over the harassment, extortion and extra-judicial killings of innocent Nigerians by SARS operatives.

The Inspector-General of Police, Mohammed Adamu, had in a swift reaction banned SARS personnel from engaging in routine patrols, stop-and-search, mounting of roadblocks and traffic checks with immediate effect. But the #EndSARSNotBanSARS hashtag continues to trend on social media.

There have also been various demonstrations by #EndSARS protesters across the country this week. According to the protesters, the Sunday ban by the IGP was not the first of such bans.

Speaking on Friday, however, the Force spokesperson stressed that the Adamu-led NPF was committed to reforming SARS.

“I have heard some critics say these instructions have been given before but I will challenge them to produce any other IGP that has given these instructions very clearly, articulated them very clearly as IGP Adamu has done,” Mba said while appealing to the general public to give the Police some time for the full implementation of the IGP instructions.

He noted that different people have different motivations for calling for the end to SARS but the Force would do everything possible to get rid of bad elements within SARS.

Mba said, “If #EndSARS is a metaphor and is seen as a call for a symbolic reform of SARS, I will say clearly that the leadership of the NPF is in line and is ready to work with those who are making that call.

“However, if the #EndSARS should be seen and interpreted as the total disbandment of SARS, I will tell you very clearly that it will be difficult for any responsible organisation to walk that path taking into cognisance the amount of investment that government has made in training and (in) setting up that department, (and) taking into cognisance the critical role that department is playing.

“And these people have made it very clear that ending SARS is not even an option for them because of the critical roles that SARS operatives are playing in those areas to rein down heavily on bandits, on terrorists and other kinds of violent criminals.”