PSG vs Man Utd: What Solskjaer said about Odion Ighalo 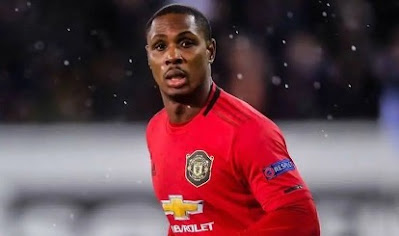 Manchester United boss, Ole Gunnar Solskjaer, has insisted that striker, Odion Ighalo, is still a very important member of the Red Devils squad despite the signing of Edinson Cavani.

Solskjaer stated this ahead of Man United’s Premier League clash against Paris Saint-Germain on Tuesday night in France.

Ighalo is still waiting for an opportunity to start for Man United in the Premier League this season.

He has so far made just three appearances for Solskjaer’s men in all competitions this season, and he is yet to score for the Old Trafford club.

“As a team and club we always want to get players in,” Solskjaer said in his pre-match press conference on Monday.

“And Edison coming in, we will give him time to adapt to the Premier League and as a team get his fitness and sharpness back.

“And we’ve had some very good performances by Odion, and he is still a very important part of this squad.”