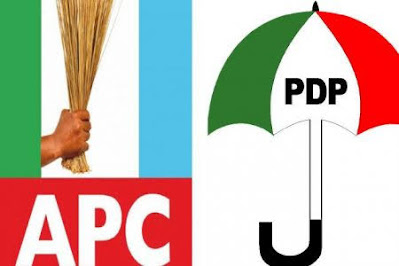 The All Progressives Congress has called for prayers for the opposition Peoples Democratic Party to salvage what was left of the latter following its (PDP’s) unending criticism of the President Muhammadu Buhari.

This was contained in a statement titled, ‘PDP needs total deliverance for attacking PMB’s Independence Day speech–APC,’ signed by the Deputy National Publicity Secretary of the APC, Yekini Nabena, in Abuja, on Friday.

Nabena said, “It has become clearer that the main opposition PDP and its elements need the sympathies of all well-meaning Nigerians because the vision and the ideal dream on how to build a great nation seems to have eluded the former ruling party.

“President Muhammadu Buhari in his Independence Anniversary message gave hope to Nigerians and Nigerians trust their leader whose integrity has been proven.

“The misinterpretation of Mr President’s Independence Day speech by the PDP is an act of irresponsibility that requires prayer warriors to make it whole.”

He further said, “The reassurance given by the President’s speech, especially to lift about 100 million Nigerians out of poverty, should ordinarily fascinate all patriots, but because of bad politics, the PDP and its elements would blind their eyes to such re-proclamation and others.

“Understandably, the PDP leaders would prefer continuity of the locust era but the reassuring takeaway in the speech of Mr President is a spoiler to their evil plans. The speech further shows commitment to invest more in Buhari’s agrarian revolution, digital economy, medium and small scale industries as a sure way of gradually lifting people out of poverty.”

Nabena said for all the years it spent in power, the PDP lacked the courage to do this because of corruption.

“For us, we can only urge the prayer warriors around to always remember the dying PDP in prayers while Nigeria continues to move on the path of greatness,” he said.