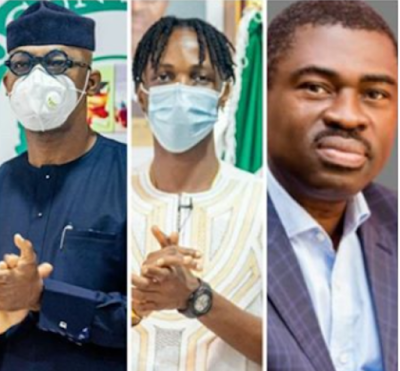 Recall that Governor Abiodun hosted Laycon, an indigene of the state yesterday October 6 where he announced his appointment as a youth ambassador in the state. The governor also announced a cash gift of N5 million to Laycon as well as a three-bedroom bungalow.

In a post shared on his Instagram page on Wednesday, award-winning singer, Wale Adenuga, said the governor’s decision is “disheartening”

”I’m totally disheartened by the Governor of Ogun state making the winner of #bbnaija an ambassador of the state, rewarding him further with cash and a house.

No thanks to you sir for further entrenching the sad narrative that we are a nation that rewards trivialities and mediocrity.

Our values keeps going to the dogs!” Adenuga wrote.

He said: “God bless you pastor Wale for posting this. Many are twisting this already. I believe pastor Wale is highlighting the idea of this and not necessarily about the person involved. I would personally frown at @wale.adenuga calling a human being a dog. And in fact will call him to edit it. But in this case that was a figure of speech. Not referring to the young man. It’s more about the idea.”