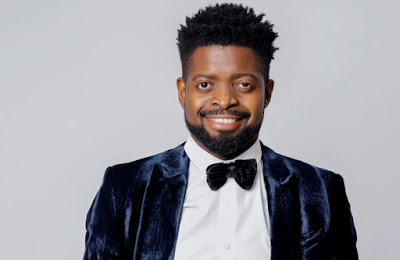 Bright Okpocha, Nigerian stand-up comedian better known as Basketmouth, says many leaders in the country are not affected by the #EndSARS protest because their kids are abroad.

The comedian made the comment on Friday when he appeared on ‘The Arise Interview’, an Arise TV programme.

Basketmouth said police brutality has been a lingering problem that has not received the needed attention because those affected are the masses.

Okpocha said he had also been harrased by operatives of the special anti-robbery squad (SARS) in the past.

“The reason why #EndSARS doesn’t affect our leaders is that their kids are abroad. They are not in the streets and even if they move around at night, they’re protected. That is why they don’t care,” he said.

“Since this whole thing started, l can count the number of leaders out there that have come out to speak for us, people that we voted into power. How many of them have come outside to talk? None.

“These guys have been doing it for a very long time. First hand, l know and they have harassed me before.”

Basketmouth explained that lawmakers who are also supposed to amplify the voices of the people have been quiet since the demonstrations commenced.

“This is their job. If they are actually doing their job, we won’t be in the streets stressing ourselves. They are the ones that should go to Ask Rock and tell the powers about the situation,” he added.

“Look, we have been crippled, mothers have been crying for a very long time that their children are being killed and their rights violated but nothing has happened.”

The 42-year-old enjoined other demonstrators not to back down on the ongoing agitations until the federal government show concrete commitment towards addressing the issues raised.