Ortom to FG: Listen to Nigerians on restructuring — we’re not in military regime 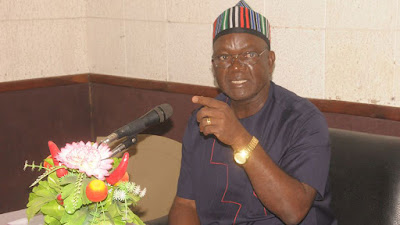 Samuel Ortom, governor of Benue, has asked the federal government not to dismiss calls for the restructuring of the country.

In a statement by Terver Akase, his chief press secretary, Ortom said as a democratic nation, freedom of speech is guaranteed and that the voices of Nigerians should not be suppressed.

Ortom’s statement comes a few days after Enoch Adeboye, general overseer of the Redeemed Christian Church of God (RCCG), said Nigeria may break up if it is not restructured.

But the presidency reacted, saying the threat that the country will break up if it is not restructured is “unpatriotic and unwarranted” and that the government will not succumb to such threats.

Ortom said instead of adopting a combative style with anyone who suggests an alternative approach to solving the nation’s challenges, the federal government should learn to harness the ideas of citizens.

“Benue State Governor, Samuel Ortom urges the Federal Government not to dismiss calls for the restructuring of the country and other views expressed by the people as ‘unpatriotic outbursts’,” the statement read.

“Nigeria is practising democracy which guarantees the freedom of speech to all citizens and not military regime which suppresses the right of the people to voice their opinions about challenges facing their country.

“It is incumbent on the Federal Government to listen to the views of the people and evolve acceptable ways of addressing the problems confronting the country instead of engaging in a combative style, anyone who dares to suggest alternative approaches to tackling the challenges.

“Great nations of the world got to their enviable status by harnessing and utilising ideas of their citizens, not by discouraging those who made bold submissions on the development of their countries.”