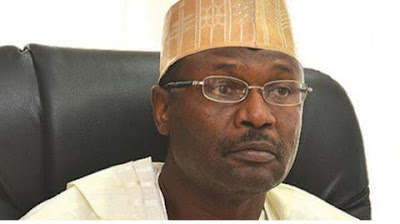 The Independent National Electoral Commission on Friday ruled out the appointment of the Vice-Chancellor of Obafemi Awolowo University, Ile-Ife, Prof. Eyitope Ogunbodede as the Returning Officer for the Ondo State governorship election.

The commission said while it would not be drawn into speculations relating to the performance of its constitutional and statutory functions, the RO for Saturday Ondo State governorship election “is not from Ondo State and not from OAU Ile-Ife.”

INEC National Commissioner and Chairman (Information and Voter Education Committee), Festus Okoye, made the clarification in a statement in Abuja on Friday.

According to him, the RO would report to the Resident Electoral Commissioner for Ondo State on the date conveyed in his letter of appointment issued several days ago.

He was reacting to a statement by the Chairman, National Campaign Council of the Peoples Democratic Party and Governor of Oyo State, Seyi Makinde, rejecting the choice of the OAU VC as Chief Returning Officer for the election.

Makinde had said, “We are speaking in particular about the appointment of Prof. Eyitope Ogungbenro Ogunbodede, the Vice-Chancellor of OAU, Ile-Ife, as the Chief Returning Officer of the Ondo State governorship election.

“The PDP totally rejects Prof. Eyitope Ogungbenro Ogunbodede acting as Chief Returning Officer. He is a known crony of Rotimi Akeredolu SAN, candidate of the All Progressives Congress and hails from Owo, the same hometown as the candidate. He cannot be a fair party in the proceedings by virtue of their association.”

But Okoye explained that the RO for the governorship election is not from the state and not from OAU Ile-Ife.

He said, “While the commission will not be drawn into speculations relating to the performance of its constitutional and statutory functions, it is imperative to set the records straight for the benefit of the people of Ondo State and the integrity of the electoral process.

“It is the sole responsibility of the commission to appoint a Returning Officer for the Ondo governorship election and does not share this responsibility with any individual, group or political party.

“For the avoidance of doubt, the Returning Officer for the Ondo Governorship election is not from Ondo State and not from the University mentioned in the said press conference.

“The Returning Officer appointed by the commission will report to the REC for Ondo State on the date conveyed in his letter of appointment issued several days ago.

“The main concern of the commission is in ensuring a credible electoral process while the outcome is in the hands of the people of Ondo State.”