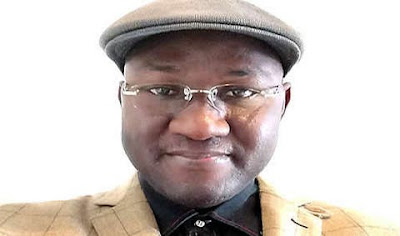 The President of the Nigeria Union of Local Government Employees, Ibrahim Khaleel, has died in Abuja.

Khaleel reportedly slumped and subsequently passed away at his Abuja residence while trying to perform magrib prayers on Wednesday.

The governor in a statement on Thursday by the Director-General Media, Public Enlightenment and Communications, Government House, Yusuf Gusau, described Khaleel’s death as “a great lesson to leaders at all levels to fear Allah in discharging their responsibilities as death can occur at any time.”

The governor described Khaleel as a freedom fighter and a dogged activist who spent most of his lifetime in the struggle for the welfare of workers, noting that his contributions would remain indelible in the minds of many labour leaders, especially his simplicity, hard work, honesty and humility to all.

His death, according to the governor, is a monumental loss to the country, labour unions and the Kano State government, adding that the vacuum his death created would be very difficult to fill.

The statement titled, ‘Governor Matawalle condoles with NULGE, Kano State government over the death of NULGE National President, Ibrahim Khaleel,’ read in part, “Matawalle extended his heartfelt condolences to the NULGE, Nigeria Labour Congress, Kano State Government and the deceased’s immediate family for the great loss and prayed Almighty Allah to reward his soul with Jannatul Firdaus and give them the fortitude to bear the loss.”