No palliatives stored in any NYSC camp — DG 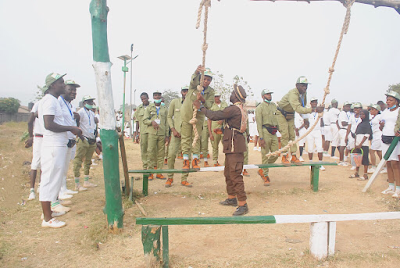 Director General of the National Youth Service Corps, Brigadier General Shuaibu Ibrahim has stated that palliatives are not stored in any of their camps across the country.

He said this when the Inspector-General of Police, Mohammed Adamu, visited the NYSC camp in Kubwa, Abuja on Friday, to assess the amount of damage after it was looted by hoodlums.

Ibrahim, who said they were preparing for the camp to be reopened on November 10, 2020, begged Nigerians not to attack their facilities.

He said the attack on the camp by looters was bad as their duty was to train young Nigerians to better serve their communities.

Adamu, who described the camp as heavily looted, said they were working hard to round up the perpetrators.

He said 53 people had been detained so far for looting the camp and some of the items recovered.

Adamu called on members of the public to provide information about people they know looted any property in any part of the city.