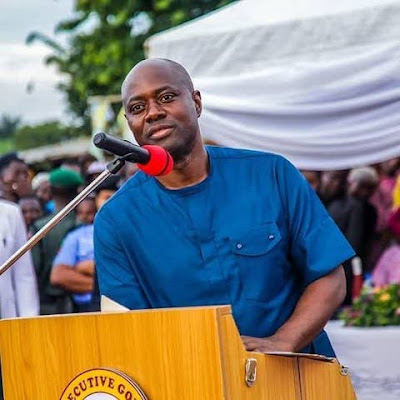 Governor Makinde of Oyo State, on Thursday, led top government functionaries and other members of the public in a ‘Democracy Walk’ in Ibadan.

The News Agency of Nigeria (NAN) reports that the 1.8-kilometre walk, who took off from the Government House arcade, Agodi, terminated at the Total Garden roundabout in the ancient city.

Addressing newsmen at the end of the walk, Makinde, who said that 60 years was very significant in the existence of a nation, added that the celebration of the diamond jubilee would have been held at a stadium but for the COVID-19 pandemic.

He noted that a lot of Nigerians might not see anything good about the nation’s 60th independence anniversary, stating, however, that not everything was wrong with the country.

“Nigeria is surely doing certain things right. We should focus on those things we have gotten right and try to build on it.

“We should also not forget to make amends, where possible, on those areas we are falling short,” the governor said.

He congratulated Nigerians, especially the people of the state, on witnessing the country’s diamond jubilee.

NAN reports that the walk attracted hundreds of Ibadan residents who joined the governor and other government functionaries.