Nigeria is failing, demand for restructuring in order – Northern elders 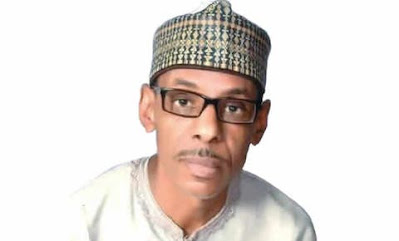 The Northern Elders Forum has advised Nigerians not to be tired of demanding the restructuring of the country from the present government.

The Forum said the Nigerian state has failed, especially in the management of security, hence the need to revisit the way the country is structured to provide security for citizens.

It was earlier reported that the General Overseer of the Redeemed Christian Church of God, Pastor Enoch Adeboye, had on Saturday called on President Muhammadu Buhari to restructure the country “as soon as possible”.

Adeboye, who spoke at a symposium alongside the Ooni of Ife, Oba Adeyeye Ogunwusi; former Governor of Cross River State and former presidential aspirant, Donald Duke; and a former Minister of Education, Oby Ezekwesili, warned that it was either the country restructured as soon as possible or it broke up. “You don’t have to be a prophet to know that one,” he added.

The Presidency, in a reaction on Sunday night, had said described the calls as “recurring threats to the corporate existence of the country”.

But speaking on Tuesday morning while featuring on Channels Television‘s programme, Sunrise Daily, NEF spokesperson, Dr Hakeem Baba-Ahmed, insisted that the country must be restructured to address fundamental issues that ought to have been addressed since Nigeria gained independence.

He noted, “The two basic functions of the state is to secure citizens and provide for their welfare. Now, the Nigerian state is failing on both camps. So, restructuring for us means addressing those failures and identifying ideas, suggestions and changes that can actually fit into the process of improving them.

“Policing is a fundamental issue. Here in the north where I come from, you could spend three days with bandits ravaging communities and you will not see a single policeman. Something is wrong with the way the country is structured to provide security for citizens. So, we need to revisit some of these issues.”

The NEF spokesperson stressed that the Nigerian constitution must be revised to “deal with issues that divide Nigerians rather than unite them.”

“When we make demand for the restructuring of the country, we are not necessarily saying that the government is deliberately causing the problems – they are cumulative issues, matters that should have been addressed a long time ago but they were not addressed. Nations must accept to revisit how they live.

“Nigerians have a right to ask for changes, for amendment, for improvement in the manner in which we live. There is nothing wrong in that. What is wrong is for the government to specifically say we don’t want to hear anything about restructuring.

“Right now, no one will dispute that the federal government carries too many responsibilities most of which it doesn’t discharge, has too many resources and is not well run. It has become a focus of intense competition. The type of competition that makes the political system unstable. Everybody wants the Presidency. Everybody wants to go to Abuja. Abuja is everything. This is wrong.”

Baba-Ahmed noted that “many conferences whose recommendations have not been implemented need to be implemented.”

“We believe that Nigerians should never (be) tired about demanding that their country must be made to work. If the government is not going to do it on its own, it needs assistance. If it needs some pressure, we believe we can provide that pressure,” he concluded.