My income unchanged whether 1 or 100,000 vehicles pass Toll gate – Tinubu 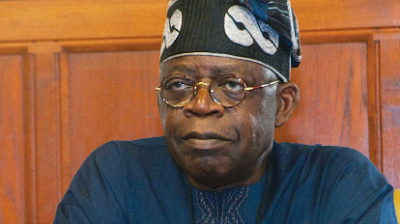 The national leader of the All Progressives Congress (APC) has dismissed claims that he relies on payments made at the Lekki toll gate.

His clarification was contained in a statement on Sunday titled ‘The End SARS protests; fundamental lesson in democratic governance’.

The former Lagos State Governor has been repeatedly linked to the Lekki Concession Company (LCC).

The company built another toll gate near Chevron but residents and groups kicked against the initial plan to collect payments there.

LCC makes millions of Naira daily from the Lekki toll gate and many claim the firm is owned by Tinubu.

Amid the End SARS protests, the former governor was accused of working with the federal government to disperse demonstrators.

They argue that he was not happy that his alleged asset was being deprived of steady cash flow.

Lekki toll gate was the location hundreds gathered for about 10 days to protest police brutality.

But on October 20, the military moved in and opened fired on unarmed civilians bearing Nigerian flags and chanting the national anthem.

In his reaction, the Jagaban, as fondly called, insists he has no stake in LCC.

Tinubu went on to declare that his income remains the same without earnings from toll collection.

“I ask people to thoroughly investigate the matter of my alleged ownership of the toll gate. By seeking facts, instead of being swayed by gossip, you will find I have no ownership interest or involvement in the toll gate.

“Having no business interests in the operation, my income remains unchanged whether one or 100,000 vehicles pass through that gate”, the politician asserted.