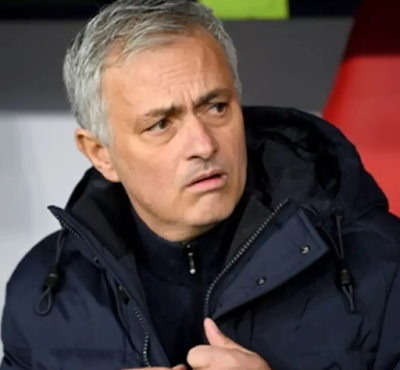 Tottenham Hotspur manager, Jose Mourinho, has been warned that his “childish” behaviour towards his players is not healthy.

This follows their 1-0 defeat to Royal Antwerp in the Europa League on Thursday night.

Lior Refaelov netted the only goal in the first-half and Spurs could not find answers.

Mourinho was forced to make four changes after the break, with Harry Kane, Lucas Moura and Heung-min Son all coming on.

But Tottenham did not even manage a shot on target in the second-half.

Mourinho posted on Instagram page, captioning a solemn picture of himself: “Bad performances deserve bad results. Hope everyone in this bus is as upset as I am. Tomorrow, 11 AM training.”

In the BT Sport studio, former Arsenal defender, Martin Keown, said: “In the dressing room surely? I’m not happy with it being so public.

“I don’t think my respect grows for the manager. Some of those players would have been wounded at half-time when they were taken off, the likes of Dele Alli.

“You feel it; don’t you? Maybe, my career is over at Spurs. But it’s part of a collective, it can happen. I don’t think the players that came on were any better.”