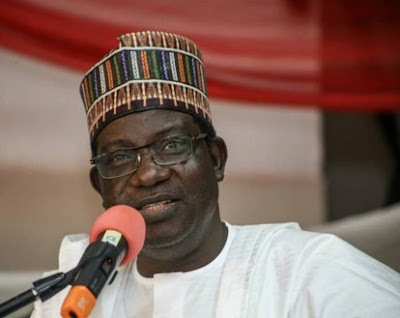 Nigerian Youths in Plateau State who participated actively during the End SARS protest have given the state government 90 days to meet the demands within the powers of the Governor, or deal with another protest.

The youths demanded justice for all victims of “Police and Military” brutality in the State, especially Henry Anthony Dokotri, Joshua Malan, Rinji Peter Bala, Shedrach Kums Fenan, among others).

The End SARS Protesters equally demanded that they be allowed to nominate representatives of Civil Society groups and youth members of the panel of inquiry.

The youths who said they do not have a leader, spoke through a representative, Comrade Plangkat Milaham, during an interactive session with Governor Simon Lalong, held at the Government House in Jos, the State Capital.

Milaham said, “We demand justice for all victims of Police and Military brutality (Henry Anthony Dokotri, Joshua Malan, Rinji Peter Bala, Shedrach Kums Fenan, and all others) through the independent Judicial Panel of Inquiry which has been set up to oversee the investigation, report and prosecution of police misconduct.

“We demand that the public hearings be streamed live and broadcast across all media.

“We demand that the representatives of Civil Society groups and youth members of the panel should be nominated by the protesters.

“We demand the appropriate compensation for all victims and their families through the immediate setting up of a Victims Support Fund and that disbursement is proper, transparent and public”, the Youths maintained.

“We demand an upward review in Police salaries, improvement of working and living conditions and other welfare packages so that they are adequately compensated for the important responsibility of protecting lives and properties of citizens.

“In line with the new police Act, we demand that all officers of the NPF be psychologically evaluated and retrained to handle the full capacity of their roles”, they added.

“We demand that specific and strategic policies should be formulated and seen implemented to curtail the increase in crimes especially robbery and kidnapping perpetrated by bandits and ‘unknown gunmen’ in the city and other areas of the State.

In line with the aforementioned, the youths demand that the Governor’s promise of setting up security outpost in local communities be fulfilled.

“We demand that in line with international best practices, measures should be taken to ensure public safety and police presence. That government should withdraw assault rifles from police officers serving within civilian populations; as the police are meant to protect the masses not oppress them. Rather, the government should arm them with sidearms”, the Youths advised.

The Youths called on the Governor to declare a state of emergency in the Educational and Health Sectors while demanding an increase in the budgetary allocation to both sectors by 50% and to double again within the next 24 months.

“We demand that the government revise the educational sector and choose well-trained teachers and provide adequate equipment that will bring balanced 21st century teaching methods, and also a systemic overhauling of the Health sector.

Speaking on Sporting and other sectors, Milaham said, “We demand an infrastructural revival in the state, that must include the immediate completion of the Zaria Road Stadium and all pending road projects, as well as the restoration of defunct industries such as JIB, PMC, Steel rolling mill, and setting up of new industries.

“We demand that the state government invests in the tourism sector of the state and harnesses the available opportunities to attract more investors to the State with the goal of growing the State’s economy.

The Youths maintained that, “We demand the immediate resignation of every public officer found guilty of any forms of crimes and corruption. they must step aside during the investigation.

“We demand a review of the cost of governance. We insist that the huge salaries and benefits accorded to public office holders must be revised by the Revenue Mobilization, Allocation and Fiscal Commission (RMAFC) and the funds should be channelled to increase capital expenditure.

“We demand the creation of the youth development funds dedicated to growing the creative Industries and Agriculture”.

They also requested the governor to ensure that “no protester be harassed, arrested and/or detained for participation in this very peaceful protest, either now or anytime in the future”

The Youths further stated that, “demands requiring Federal intervention, we request that the Governor transmits our demands to the President and reverts to the youths with the response of the President”.

“We unequivocally state that if after 90 days there is no feasible progress in meeting the demands herein stated within the powers of the Governor, the youths would meet on the streets again”, the Youths stress.