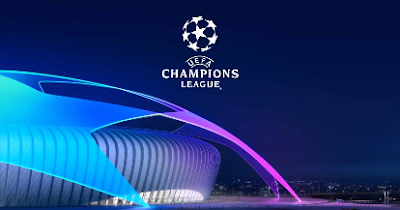 The Champions League enters Match Day 2 as the competition continues to unfold in the season.

It promises to be an intriguing contest as matches loom this evening in European grandest stages.

And a couple of mouth-watering fixtures will take centre stage but some fixtures are sure to be more enticing than the others.

Despite matches like Lokomotive Moscow vs Bayern Munich, Athletico Madrid vs Salzburg, we hope to see a high level of intrigues from these peculiar ones.

It evaluates the three (3) UEFA Champions League matches to watch on Tuesday.

The match will present an obvious 90 minutes intrigue as the Ukraine giants Shakhtar Donetsk has got some Brazilian imports running the strings for them with all endeavours.

They were outstanding on Match Day 1 (one) thus putting Real Madrid to the sword at the Bernabeu Stadium.

It will be interesting to see how Inter Milan fares against them away from the San Siro Arena.

The Italian would be hopeful that Antonio Conte does a great job on this stance from the tactical point of view.

Just as Romelu Lukaku is in the form of his life after scoring a brace on Match Day 1 fixture.

The Italian giant would be out to face the might of the Dutch side Ajax Amsterdam in the Match Day two encounter.

Both sides had contrasting outings in the opening fixture and would be out to outdo each other on the pitch.

The Italian side recorded an impressive win trouncing Danish side Midtjylland at home in Italy with a 4-0 home win.

While Hakim Ziyech-less Ajax Amsterdam would aim to turn things around strategically after losing to Liverpool 0-1 at home.

They lost no thanks to Nicolas Tagliafico’s own goal early on in the match. Let’s see who wins this one as it could possibly decide the side that could move to the next round in earnest.

We picked this tie as one of the standout matches as Marseille would provide a stern test for Pep Guardiola’s men in France.

Though, City had won 3-1 at home against FC Porto in the opening game in Europe. But their inability to win away from home against Leeds United and West Ham United suggests that the Citizens have some issues to deal with away from home.

And with the Olympic Marseille side led by the tactful Andre Villas-Boas, City could be in for a tough cracker in France.

And the match has even been made dicier owing to the fact that Guardiola would be without the services of Gabriel Jesus and Sergio Aguero in the central forward role, with the latter limping off at half time only to be replaced by youngster Phil Foden.