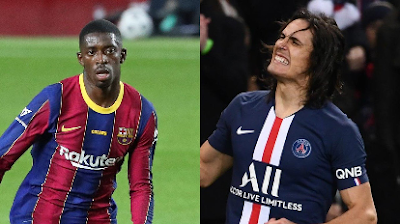 Dortmund set an August 10 deadline to agree a deal for Sancho, but United have been unable to meet their asking price.

United boss, Ole Gunnar Solskjaer, is keen to add a forward before the summer transfer window closes on Monday, October 5.

While Solskjaer’s first choice remains Sancho, Dembele is now a strong alternative on a loan deal.