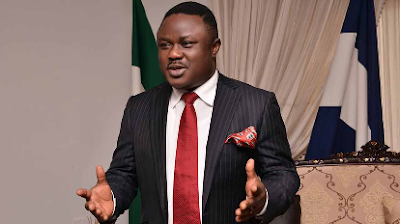 The Governor said in a press release signed by his Special Adviser, Media and Publicity Christian Ita that security agents should take legitimate action to halt violence and recover the stolen items.

Prof Ayade confirmed that more soldiers were deployed to Calabar to help quell violence and asked security agencies in the State to take legitimate actions to halt the arson and carnage witnessed in some parts of Calabar.

The governor also wants the security agents to carry out a house to house search for looted property and arrest everyone involved in the looting of both public and private property in the state.

The Governor who said he understands the pain of the people averred that there was need to protect the commonwealth of the people which is currently under threat by some persons who are desperately trying to discredit the peaceful disposition of Cross Riverians.

He urged the security agencies to take legitimate actions to ensure that calm returns to the State especially as the Government was already working towards ensuring that the demands of those who genuinely participated in the End SARS march are met.

The Governor also called on Cross Riverians to rise up and defend their land from criminal elements bent on destroying the image of the State.