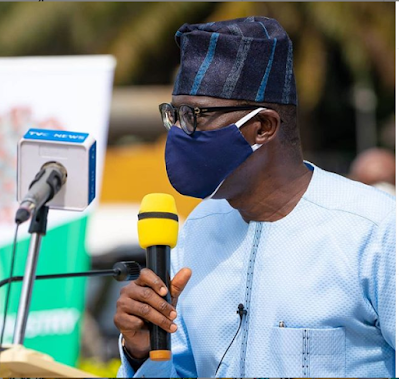 A legal practitioner, Inibehe Effiong, has formally asked the Lagos State Government to release the CCTV footage of the Lekki shooting.

On October 20, soldiers fired live bullets at unarmed protestors at the toll gate.

The action, heavily criticized across the world, caused an unspecified number of deaths and several injuries.

The Defence Headquarters claimed that videos about the incident on social media were photoshopped.

On Monday, Effiong announced that he had made requests to Governor Babajide Sanwo-Olu.

The fiery lawyer wants: “Authenticated Copies of Closed-Circuit Television (CCTV) records showing the attack on #EndSARS Protesters at the Lekki Toll Gate in Lagos on October 20, 2020;

“Certified True Copy (CTC) of the Instrument setting up the Judicial Panel of Inquiry and Restitution for Victims of SARS Related Abuses & Lekki Toll Gate Incident with its Terms of Reference;

“Certified True Copy (CTC) of the Instrument, Order or Directive under which a revised Curfew was declared and imposed in Lagos State which took effect by 9:00PM on October 20, 2020.”

His application, made pursuant to the Freedom of Information Act 2011, has been delivered to the Sanwo-Olu’s office.

Effiong wrote: “Sir, I urgently require the CTC of the said Instruments and the CCTV records to enable me participate, and properly represent victims at the Panel.

“It will also be in the overall public interest for these documents to be released to me timeously as that will enhance public confidence in the Panel’s investigation.

“It is my considered view that refusal of this innocuous FOI request will undermine your commitment to a credible, honest and transparent investigation into abuses by SARS in Lagos State and the remote and immediate cause(s) of the infamous attack on #EndSARS protesters at the Lekki Toll Gate, Lagos on October 20, 2020.

“Kindly see this request as a good opportunity to honour your oath of office and advance your pledge to ensure that truth and justice prevail.”

The rights activist reminded Sanwo-Olu that the world is watching to see his action on the vicious attack by the Nigerian Army. 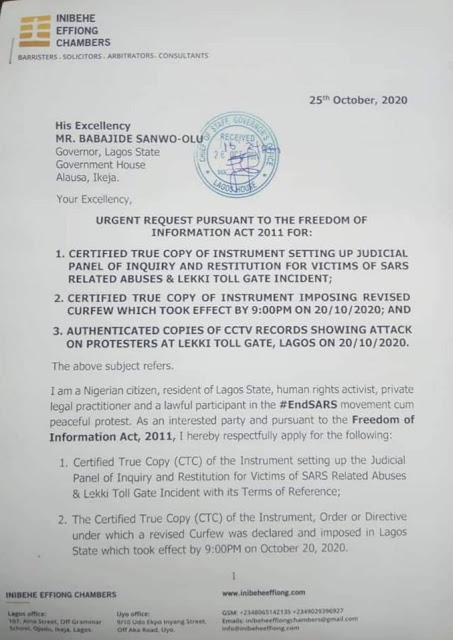 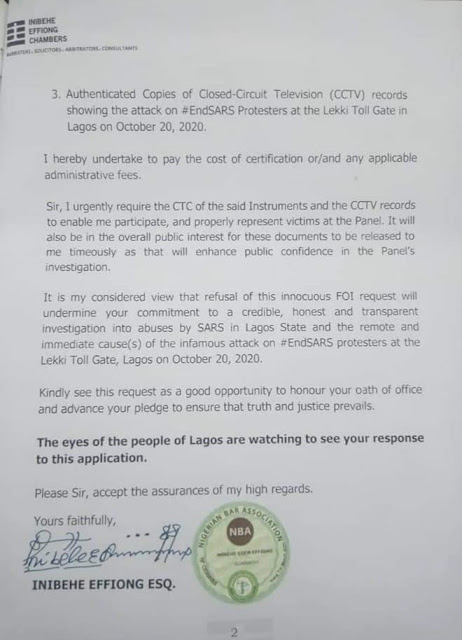