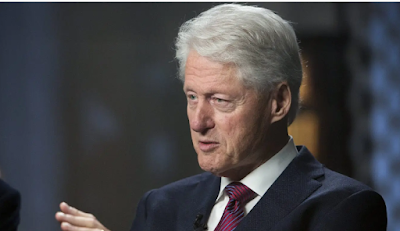 Former President of the United States, Bill Clinton, on Wednesday, condemned the shooting at the Lekki toll gate of Lagos State.

Clinton urged the Federal Government of Nigeria to engage in peaceful dialogue with the aggrieved youths.

In a tweet on his verified Twitter handle, the former US President said the Nigerian government should engage protesters with regards to police reform and putting an end to corruption.

According to Clinton, “I am deeply concerned over reports of violence in Lagos and urge the Nigerian government to engage in peaceful dialogue with the #EndSARS protestors for police reform and an end to corruption.”

Recall that some gunmen had yesterday attacked peaceful protesters at Lekki toll gate in Lagos State.

The gunmen are widely believed to be men of the Nigerian Army.

However, the Nigerian Army has refuted any involvement in the shooting despite videos showing its men at the scene of the carnage.