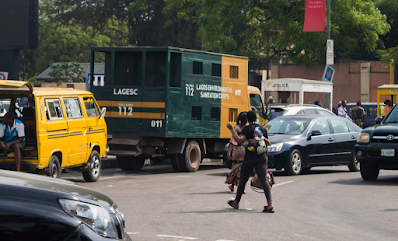 In a bid to restore cleanliness to Housing Estates and other parts in the State, the Lagos Environmental Sanitation Corps (LAGESC) has reiterated its readiness at promoting a cleaner, hygienic and aesthetically resplendent environment through constant monitoring of environmental infractions and other nuisance such as distressed soak-away, inappropriate discharge of waste water, defective plumbing works, improper waste disposal and untidy general surroundings.

The Corps Marshal of the Agency, CP Gbemisola Akinpelu (Retd) expressed her displeasure on these unwholesome acts at the Agency’s Command Headquarters Bolade-Oshodi. According to her, ‘’the present administration of Mr. Babajide Sanwo-Olu is poised at ensuring healthy and cleaner environment and as such, the Agency will continue to ensure necessary compliance and enforcement of all environmental laws across the nooks and crannies of the State.

The Corps Marshal further disclosed that through its Monitoring Team and petitions from concerned citizens, the Agency recently noted that three (3) blocks of flats at the Millennium Housing Estate, Oko-Oba, Agege contravened environmental infractions and were equally served abatement notices on account of the infractions notably; distressed soak-away, defective plumbing works, vegetal nuisance, open discharge of effluent, unkempt general surroundings among others. In the same vein, block of flats at Falowo bus-stop, Jakande Estate, Ejigbo have also been served with notices on related environmental infractions in line and accordingly to restore sanity.

The Agency also carried out its operational activities around Olaolu Street, Igbeyin Adun Street in Oshodi/Isolo Local Government for other environmental contraventions, while four numbers of buildings/complex including an hotel around Egbeda-Akonwonjo area of the State were also issued with abatement notices on account of erecting permanent slabs on public drains with no provision for ease of desilting, a development causing disruption of free flow of water in the area, resulting into flooding.

Mrs. Akinpelu however averred that this exercise will be continuous and sustained in gated estates and other areas of the State, stressing that all environmental infractions will not be tolerated and anyone caught violating the environmental laws of the State would be punished accordingly.

She finally admonished Lagosians to adhere to the directives issued by the Ministry of Environment and Water Resources, urging residents to adopt an attitudinal change by not dumping refuse in drainage channels and erecting structures on drainage alignments, emphasizing that all residents owe the State a duty to support the efforts of the Governor Babajide Sanwo-Olu led administration to ensure that expected heavy rainfall and release of dam water does not wreak havoc in any part of the State.