I was depressed, cried… prayed for death after BBNaija -Alex 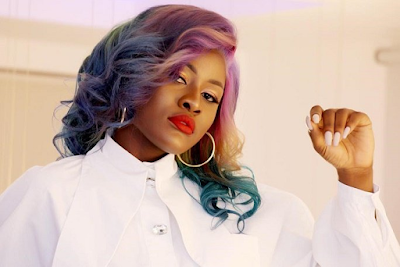 Alex Asogwa, a Big Brother Naija (BBNaija) season 3 housemate, says the pressure from her celebrity status pushed her into depression after her return from the reality show in South Africa.

The 24-year-old was speaking in an Ndani TV show alongside Seyi Awolowo and Bally Balat, two other ex-housemates of BBNaija, about how she held up financially and emotionally.

“I’ve had to deal with depression twice after the reality TV show. The first time was when I came back from South Africa. I didn’t know where I was going or what was happening. I was still on the plane calling my mum,” she said.

“I had left N2,000 in my account before I left for South Africa. I was planning on using it to visit my aunt’s place in Surulere when I returned to Lagos. But when we got to the airport, I came out to this different reality.

“At the airport, they were keeping us at this corner with security men. They took me into one room where we were all waiting for our parents. At least 10 people claimed they were my mum just because they wanted to see me.

“My mum finally came in and I laid on the floor. People thought I was being dramatic. They didn’t understand what I was going through. It was just so much. I still had this video of when they were trying to put me in the car.

“My mother used her body to cover me. Someone was holding my hair from one side and security men were pushing. I went into serious depression a week after that. I’m going for media rounds.

“I was being forced to wear uncomfortable shoes because it was hard to find my size. In as much as I don’t want to keep tabs on what others were doing, they forced all of us to keep tabs on ourselves with the comparison. I cried.

“I once cried for one week straight. I wanted to die. I just wanted something to happen. Like ‘she slept and didn’t wake up’. But let it not be that ‘she took poison’. I was praying for death. The pressure was so much.”

Alex also said she once refused to pay after a makeup artist billed her N14,500 for nails she used to make for N500. According to her, she didn’t understand how her cost of living could rise so much in a few months.

“You can be rich before Big Brother and come out broke. Let’s say my parents were not there for me and I’ve been working all my life. Maybe I’ve been saving up for things among other plans I have for my life,” she added.

“Then Big Brother comes along. I bring out the N6 million in my account and ask my guys to campaign for me. That money, we know can not be enough especially when you go far. But you come back and your account is empty.

“You’re waiting for brands to endorse you. One does and pays you your first millions. At that point, you have to get a house cause you need to nice pictures for your page. People can’t know you’re living in a face-me-I-face-you.

“Because I went for BBNaija and a certain level of richness is expected of me. Now I go and rent this house with the first money from the endorsement deals. The second deal comes and you have to pay for light and a lot of things.”

“The first day I did my nails without Big Brother, it was a friend of mine that saved me. If not, I’d have been on Instablog. I refused to pay. I do my nails N500 in school for the normal one.

“It’s not fair. When you get these endorsement deals and see the things you spend them on… one dress is costing you N150k, N35k, N50k. But before, I’d go to Yaba with N20k and my wardrobe is full.”