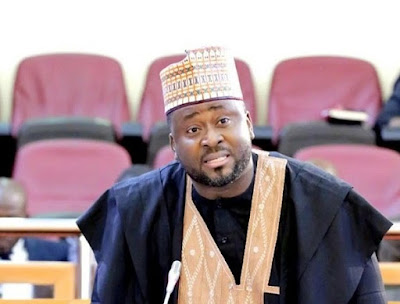 Desmond Elliot, a Nollywood actor who is representing Surulere constituency in the Lagos state house of assembly, has denied rumours that he is pushing for a bill to regulate social media.

Last Tuesday, the protest against police brutality, which started as an opposition against the now-disbanded special anti-robbery squad (SARS) of the police, turned bloody after men in army uniform opened fire on citizens at Lekki toll gate.

On Monday, Harvey Olufumilayo, a Twitter influencer, claimed that Elliot was pushing for a bill intended to silence talks about the attack on social media and legitimize the arrest of those who tweeted about the matter.

“The Lagos State House of Assembly is developing a bill to regulate and control speech on social media. Desmond Elliot is said to be one of those pushing this,” the doctor wrote in a now-deleted post.

“So the plan is to deny the Lekki Massacre and start arresting anyone who tweets about it? What is wrong with us?” 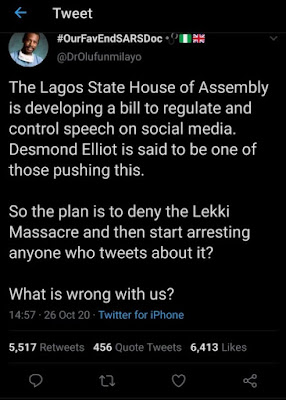 In a swift reaction, the lawmaker insisted that such a bill was beyond the jurisdiction of any statehouse in Nigeria.

The movie star also hedged that he only charged influencers and motivational speakers online to cut down on the hate narrative.

“Good evening. My name is Desmond Elliot. I just came out of a plenary sitting at the House of Assembly and before we finished, Dr Olufumilayo tweeted saying. ‘The Lagos State House of Assembly is developing a bill to regulate and control speech on social media and Desmond Elliot is said to be one of those pushing this. So the plan is to deny the Lekki massacre,” he said.

“Please, I beg of you, I beg us and everyone. This is not true, it is totally unfounded. Dr Olufunmilayo, why don’t you even verify? Aren’t we going through a lot already? It is not true, period.

“No State House of Assembly has the jurisdiction to pass any bill like this, it is not possible. It simply lies on the exclusive list on the federal level. You can’t. Every member has a right to say something but you can’t.

“The only thing I said towards social media was that the celebrities, social influencers and motivational speakers should know we have followers so we should please cut down on the hate narrative. Everyone is going through so much right now.

“I never said that. No bill to that effect. No house of Assembly can develop such a bill.”

Honourable Desmond Elliott reacts to tweets that he was behind a Bill to regulate social media in the Lagos State House of Assembly. pic.twitter.com/6TjBcDCQry

Elliot, who contested and won the Surulere, Lagos constituency in 2015, had earlier come under heated criticism after he defended and described his own political career as being a product of godfatherism.