I don’t care what people say, I will forever stand with Tinubu – MC Oluomo 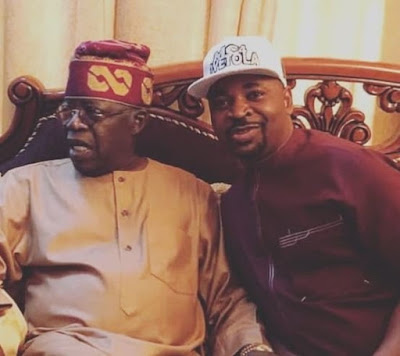 Tinubu has been in the eyes of the storm since soldiers shot at #EndSARS protesters at the Lekki Tollgate last week Tuesday.

The protesters accused Tinubu of sending the soldiers to shoot at protesters and there were rumours that he fled to France and later to London.

Tinubu later showed up at Governor Babajide Sanwo-Olu’s residence in Marina to condole with the governor over the shooting incident, debunking that he ever travelled.

Tinubu’s properties were singled out for destruction during the #EndSARS violence. TVC and The Nation were set ablaze, as well as others.

Despite Tinubu’s explanation that he did not have hand in the shooting at the Lekki Tollgate, many still did not believe.

But Oluomo, reacting to the development said he would forever be loyal to Tinubu and would not betray him.

“I will forever stand with Bola Ahmed Tinubu no matter what people say,” he tweeted.


I will forever stand with Bola Ahmed Tinubu no matter what people say.