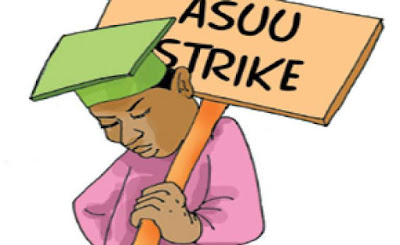 The Academic Staff Union of Universities has said the alleged lies and propaganda employed by the Federal Government against the union will not force it to suspend the strike action.

The union denied the claim by the Minister of Labour and Employment, Dr Chris Ngige, that it had suspended the six-month-old strike, saying such lies by the Federal Government officials would worsen the situation rather than bringing solution to the crisis.

The Chairman, ASUU, University of Ibadan, Prof. Ayoola Akinwole, in a statement on Sunday also stressed that the union would not suspend the strike until the government addressed the union’s demands which include improved funding of tertiary institutions.

The statement read, “As of today, October 4, 2020, ASUU members are being owed three months salaries. In some universities like MOAU and UNIMAID our members have not received salary for up to six months.

“The Federal Government, through the Office of the Accountant-General of the Federation, has criminally withheld five months’ (February to June, 2020) check-off deducted from our members’ salaries without remittance to the union. The government has forcefully enlisted our members into the National Housing Fund scheme and has consistently been illegally deducting money for this from our members’ salaries.

“Our ongoing total, comprehensive and indefinite strike action will continue if this propaganda and lies against ASUU by appointees and representatives of the Federal Government like the Minister of Labour and Employment, Dr Chris Ngige, persists.”