FG petitioned to shut down Twitter in Nigeria (VIDEO) 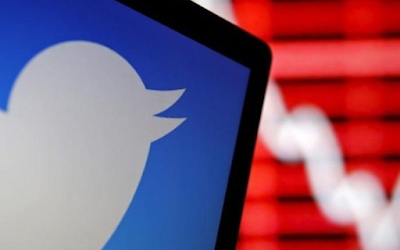 Adamu Garba, a former presidential aspirant under the All Progressives Congress (APC) has petitioned the Federal Government of Nigeria to shut down Twitter, stopping the microblogging platform from operating in any part of the country.

The former APC presidential aspirant, who joined the Nigerian Communications Commission (NCC) in the petition, also asked a Federal High Court in Abuja to slam a USD1 billion fine on the microblogging platform for what he said is compensation for loss of lives and properties, and for convenience.

He accused Jack Dorsey, the Chief Executive Officer (CEO) of Twitter in the petition obtained by newsmen of gross abuse of privilege, saying the Twitter CEO used his platform to instigate a protest he said has now turned into a breakdown of law and order in Nigeria.

“Here’s your motion of notice, a fine of $1Bn dollars in favour of Federal Republic of Nigeria, as a compensation for lost of lives, properties & convenience as a result [of] your active support for funding of #EndSARS after the issues is been attended to by the Government.

“You have violated the international principles of nationhood & democracy, by meddling into our local affairs, knowing fully well that these is capable of toppling the democratically elected government of the day, slowing us down from progress on our hard earned democracy journey.

Also joined in the petition are the President of the Federal Republic of Nigeria, Attorney General of the Federation, National Security Adviser, Inspector General of Police, Director-General, Department of State Security Services, the Commandant General of the Nigeria Security and Civil Defence Corps, and the #EndSARS protesters.

The case presented live at the Federal High Courts of Nigeria Premises. pic.twitter.com/73dR9rstUx