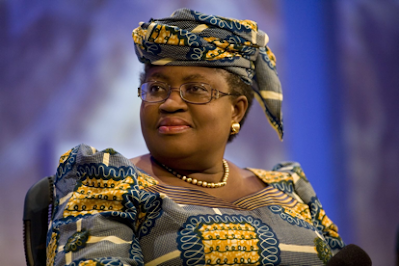 The Federal Government on Thursday urged members of the World Trade Organisation to certify the candidacy of former Nigeria’s Minister of Finance, Dr Ngozi Okonjo-Iweala, for the job of director-general.

The Minister of State for Industry, Trade and Investment, Mariam Katagum, made this call in a statement on Thursday, according to the News Agency of Nigeria.

Katagum, who is also the Chairperson of the Okonjo-Iweala Campaign Team, described her as “the best choice for the job”.

The minister said, “These are excellent testimonies of her eminent qualification for the top job. The WTO as of today needs a DG with multiple skills to revive the challenged spirit of trade liberalisation worldwide.

“The WTO faces a lot of problems currently, and confronting these challenges necessarily requires building trust among the membership especially as the problems are not solely of a technical nature.

“Only a DG with the requisite political and negotiating skills coupled with multilateral experience can ensure deep engagement of the Members in order to restore trust and build a truly efficient organisation.

“Dr Iweala’s qualities and experience in managing multilateral issues, in trade facilitation and negotiation as well as brokering deals and agreements with high political stakes, put her in good standing.”

It was earlier reported that WTO members selected two final candidates, Okonjo-Iweala and South Korea’s Yoo Myung-hee, to advance to the final round in the race to lead the Geneva-based trade body.

By advancing two women to the final round of the selection process, the WTO is set to have the first female director-general in its 25-year history.

She has experience working at international governance bodies as a former managing director of the World Bank, and as a chairman at the Global Alliance for Vaccines and Immunization.

Myung-hee is South Korea’s trade minister. During her 25-year career in government, she helped to expand her country’s trade network through bilateral accords with the United States, China and the United Kingdom.

The third and final phase of the consultation process will begin later this month and run until November 6, after which the WTO will name a consensus winner of the race.