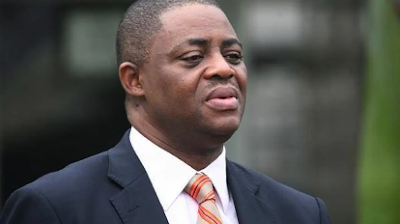 Former Minister of Aviation, Femi Fani Kayode has reacted to the US opposition to the appointment of Dr. Ngozi Okonjo-Iweala as the Director General of the World Trade Organisation, WTO.

Recall that although the organisation had decided that Okonjo-Iweala should be the next DG after she secured wide cross-regional backing, United States of America on Wednesday rejected the appointment.

America had explained its endorsement of Yoo to lead the body handling global trade.

Office of the US Trade Representative, in a statement, said the organisation “must be led by someone with real, hands-on experience in the field”.

But reacting, Fani-Kayode in a tweet on Friday said, “I love @realDonaldTrump & I want him to win on Nov. 3rd. I believe he is the best for America & the world & that he is the only one that is capable of standing up to China.

“I do not however believe that he is infallible & his decision to block @NOIweala as DG of WTO proves that.

“This extraordinary lady is by far the best candidate, her integrity is unimpeachable & her ability is unquestionable. Opposing her has upset millions of Trump-lovers in Nigeria & Africa & hundreds of thousands of Nigerian/Americans in the U.S. itself. I hope he reconsiders.”